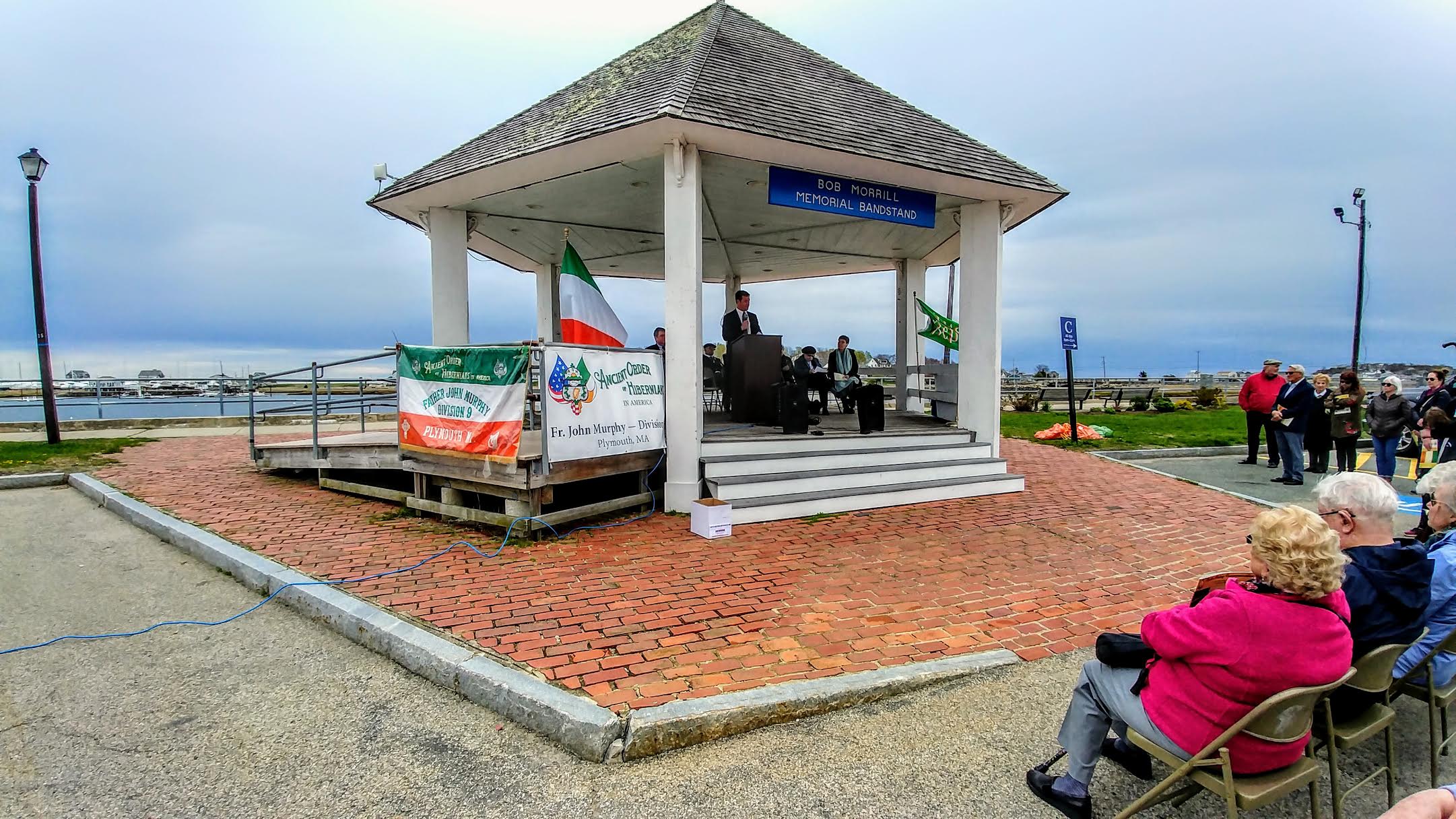 SCITUATE MA -- Representative Kearney joined other elected officials to speak at the Cole Parkway Bandstand in Scituate Harbor earlier today to honor the courage of the Irish Volunteers who rebelled against the British Government on April 24th 1916 in Dublin. Representative Kearney expressed immense pride in his district, which has the largest Irish population of any district in America. His remarks follow below:

"It is my pleasure to be here today to commemorate as significant an event as the Easter Rising — an event which, in its many tragedies and courageous acts, forged a future of freedom known by some as the “Rolling Rising” for the country of Ireland, AND, I would say, instilled in the hearts of so many the rising dreams of opportunity, democracy, and learning awaiting them across the Atlantic in this nation.

Today, the Irish Riviera of Scituate, is a testimony to the hard work, ingenuity and family values of fishermen, moss gatherers, shipbuilders, industrialists, teachers and pastors. I am joined here today by my aunt Elizabeth MacCurtain Kearney whose grandfather and his brother mobilized the people of Cork to fight for the independence of Ireland.

Commemorating the event in Scituate, the most densely populated Irish town in the United States, serves as a reminder that courage, bravery, and belief in a dream can bring about meaningful change. Quite frequently we hear about the visions of the American dream, and, today, I reflect upon those visions of the Irish not only as dreams, but as reminders that their dreams stemmed from the very need to survive.

We are here as neighbors, friends, and engaged citizens to be inspired by the courage of those we commemorate today. As we address brown water, increased need for senior services, housing, and, education, we are inspired to do what is right in the face of all of our modern-day challenges. Although sometimes standing up and doing what is right is not always popular, and, in the case of Tomas MacCurtain, sometimes fatal, we know from the hard-won victories of those before us, that change comes at the expense of some for the greater good of all. We shall continue to pay tribute to their sacrifice and remember them in our minds, and, in our hearts".