GLOUCESTER, MASSACHUSETTS – On Friday, the charter of the Seaport Economic Council was revised to give a position on the council to a representative of the Massachusetts Fisherman’s Partnership. Ed Barrett, a fisherman and Marshfield resident, will be the first such representative. Representative Patrick Kearney (D - Scituate) has championed this issue since his election last November. During his first week in office, Kearney filed legislation alongside Senator Patrick O’Connor (R - Weymouth) to make sure the fishing industry is represented on the Seaport Economic Council. 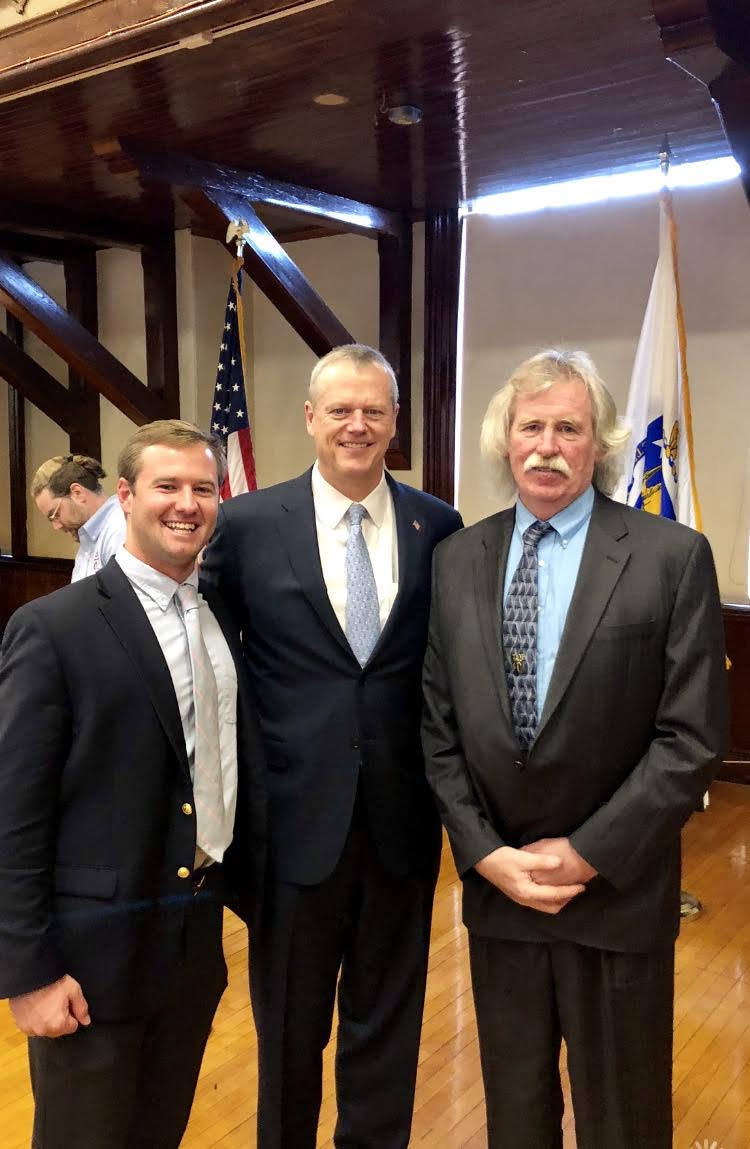 The Seaport Economic Council helps coastal communities such as Marshfield and Scituate improve local assets to facilitate economic growth. It is responsible for millions of dollars in grants every year, helping with projects such as the Marshfield Harbor Safety Building and revitalization of the pier. Adding the fishing industry’s perspective will help the council understand an essential part of the state’s coastal economy.

“I want to thank Governor Baker and Lieutenant Governor Polito for listening to hardworking commercial fishermen.” said Kearney. “The charter revisions will make sure fishermen will have a voice when decisions are being made about our coastal economy.”

“At a time when national politics is all about dysfunctional partisan conflict and name calling, it’s great to be in a state where Democrats and Republicans can work together to deliver real results,” Kearney continued. “Senator Patrick O’Connor was a wonderful partner in cosponsoring the legislation. We worked well together every step of the way, which is the only way this idea could have become a reality so quickly. The Baker/Polito administration was extremely receptive to my proposal and the concerns of Massachusetts fishermen. This was a team effort where everybody put party labels aside and focused on what was best for Massachusetts.”